Global warming is it a myth or is it fact?

US President Donald Trump seems to think it is a myth and believe it or not there are as many articles proving it does not exist as there are proving it does. Many articles claim the rise in temperature is due to the sun burning hotter and that it goes through cycles of burning hotter and cooler over the millennia. Most world leaders and Governments believe Global warming exists due to man made pollution and have introduced measures such as the 2016 Paris Agreement. The agreement, implemented by the United Nations, main aim is to decrease the rise in global temperature.

We all know President Trump is making headlines around the world with his stance on global warming and climate change, with his announcement to pull America out of the Paris agreement. But what is happening in Germany?

Many Germans want to reduce CO2 emissions, but to do so would mean burning less coal to produce electricity. This would mean many of the coal mines and open cast sites being closed. The open cast mining or lignite mining produce an ore called “Brown Coal”. Coal power makes up 45% of Germany’s electricity production, with 19% coming from coal which is mined and 26% coming lignite mining, is very unlike the UK who has moved away from coal and in April went a full day without using coal to generate electricity.

The German public are concerned about the agreement and about reducing global temperature to reduce climate change. They are also worried however about how it will affect their coal industry. The population feels that this would lead to a decrease in jobs and an increase in unemployment. They anticipate people will choose to move from the rural communities were the mines are located to the big cities, with some city residents wondering if the cities could cope with an influx of people looking for homes, works, schools etc.

On the other hand there are many more calling for the mines to be closed, claiming the pollution from the mines impacts their health. In Lusatia (a region on the Germany / Poland border), sulphate from the mines is threatening the water quality in the Spree River.

Either way the German people are torn over the future of coal production and global warming. If the mines closed due to the country reducing its CO2 emissions how would the European economic power cope?

Just look at the UK, its been over 20 years since the conservative government closed the majority of the coal mines and 18 months since the last deep coal mine, Kellingley Colliery closed. The Government closed the mines as it was cheaper to import the coal from Europe than to dig for it at the time, but since then coal prices have risen dramatically. The areas where the mines were located are some of the most deprived areas of the country. Will the mining areas of Germany go the same way?

Only time will tell. 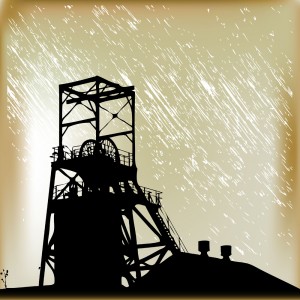