The final route of Phase 2B for HS2 has been announced this week and has left many residents in a South Yorkshire ex-mining community feeling very angry and let down. The route that has been chosen will go straight through the Shimmer estate in Mexborough, just outside Doncaster. The builders have not even finished building the shimmer estate and many of the planned houses on the estate have not yet been built. It is a new housing estate and when planning permission was given the route of HS2 did not pass through the area. 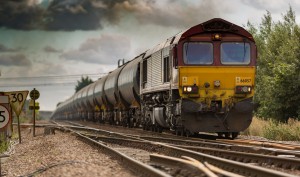 The Government has said only 16 homes on the estate need to be demolished but one local resident said “There is only one way in and out of the estate and we have been told by HS2 that nobody would be allowed to live here because of the construction traffic coming in and out, blocking the access”. 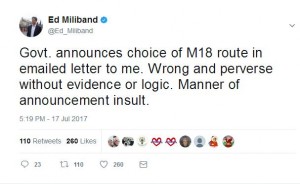 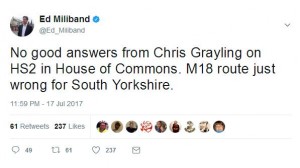 Mr Milliband claimed that the government received 271 respondents for the M18 route and 4157 against. This was a ratio of 15:1. Ros Jones, the Mayor of Doncaster told the BBC: “The Secretary of State has chosen the route that nobody wanted, despite the overwhelming evidence against it and public opposition to it. His decision will destroy people’s homes and damage communities, deliver fewer trains, slower services, and reduce job creation and economic growth.”

We blogged last July about how the new proposed route was generating mixed feelings in the ex-mining communities of the Dearne Valley area of South Yorkshire. Last year there was talk of a proposed “Parkway” station on the new spur. This has since been scrapped with the Government also announcing that there would be no new stations on this part of the line. Rotherham’s Labour MP Sarah Champion tweeted she was “furious” at the M18 line decision as South Yorkshire “won’t get a proper stop”. She said: “Thousands of us submitted to the HS2 consultation and showed why the eastern route was not as suitable as the Meadowhall route. South Yorkshire will now get all of the disruption of HS2 without the benefit.”

Philippa Oldham, of the Institution of Mechanical Engineers said of HS2 “By freeing up the capacity on the East Coast Mainline, West Coast Mainline, through the HS2 route we’ll be able to shift some of our freight network onto the rail network from the road network. So that will ease congestion on our roads providing that we have an integrated transport strategy.”

One thing is clear the ex-mining communities of South Yorkshire have again been ignored by the Government and the promised wealth and opportunities are bypassing them for the richer cities. 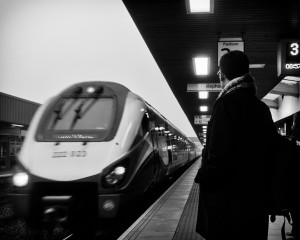 If you are an ex-miner and you made a claim for Vibration White Finger you need to act IMMEDIATELY as claims are subject to time limits. Call a member of our team FREE on 03303 001033 to discuss your claim.