The Church of England is refusing to remove the secrecy of the confession, even if an offender admits a crime and refuses to tell the Police.

Laws which are centuries old are preventing Vicars from revealing “sins” they hear in confession. Following claims that the Church has covered up sexual abuse, senior figures have called for Clergy who hear of such crimes to be required to report them. Senior Bishops believe that the “seal of the confessional must stay to preserve trust in Vicars.”

A group has been appointed by the Church, the Archbishop’s Council which will say that, “Clergy who hear difficult things should be able to seek advice of their Bishops and urge the offender to tell the Police.”

Others say that this does not go far enough to protect the victims of sexual abuse. Former Bishop of Guildford, John Gladwin has stated, “Clergy must be honour-bound to report crimes – or they would be open to cover-up accusations. The Anglican Church in Australia has already ended the secrecy of confession.” 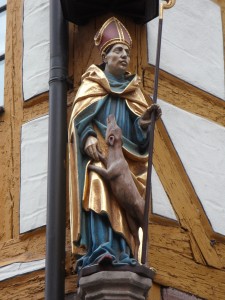 This issue will be discussed at the House of Bishops meeting chaired by Justin Welby the Archbishop of Canterbury. The group could demand changes or refer the issue to the General Synod for further debate.

The proposal does not affect the Roman Catholic Church, which have no plans to end the secrecy of the confession.

Jordans Solicitors represent numerous victims of abuse by the Church and religious organisations. If you need advice on a sexual abuse compensation claim, please contact us for free, confidential advice on 0330 300 1103.