This event was the brainchild of Robert Bates of the Employment Department and it was decided by the firm that the 70 mile walk would best commemorate the firm’s 70th birthday.

Staff raised money for CAP Care Wakefield, the office’s charity of choice this year, and the total sum raised was almost £1,000.

The groups of 4-5 members of staff tackled parts of the route, the shortest of which was 13.55 miles and the longest of which was 21.26 miles. Along the way, they had to cross flowing water, came face to face with farm animals and had to fight through brambles on the lesser used pathways highlighted by The Ramblers Association. In fact, one of our groups got so lost that they did far in excess of the 19.55 miles they intended to do and instead finished after having completed approximately 21 miles. 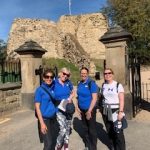 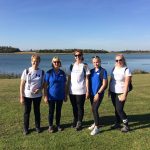 Throughout the day members of staff took various photographs on their journeys for uploading to the firm’s social media account and upon successful completion of the walks the staff were welcomed back to the Wakefield office to a delicious buffet and drinks. 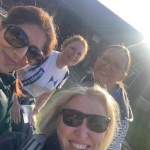 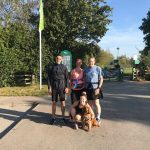 I am sure everyone will congratulate those who completed the walk and agree that the money raised for CAP Care in Wakefield is a most worthy cause to support.

Staff are now looking forward to the 70th birthday party to be held at The Hepworth Wakefield in November.