On Friday 15th November Yorkshire based law firm Jordans Solicitors celebrated 70 years of practicing law with a party at one of Yorkshire’s top attractions, The Hepworth Wakefield. Jordans invited many contacts, clients, staff and former staff to help celebrate. It was a 70’s themed party with some guests and staff members turning up in 70’s fancy dress.

The firm is named after Neil Jordan who was born in Leeds and went on to become Dewsbury’s best known Solicitor and president of the Dewsbury and District Law Society. 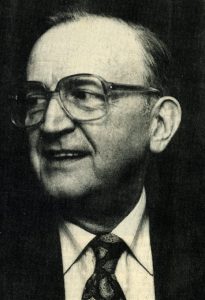 Following his service in the Second World War, where he became one of the Army’s first bomb disposal experts, he helped to mine the coasts of Suffolk and Norway against invasion.

Originally founded under the name of Milford Crosland and Company, Neil Jordan joined the firm after he qualified as a solicitor in 1949. The firm became Crosland’s Jordan and Company, and they soon took over the offices of Mirfield Butcher turned Solicitor Albert Edward Thompson. Even though Mr Crosland died in the 1960’s the firm was still called Crosland’s Jordan and Company until the 1980’s when it became known as Jordans Solicitors.

The firm remained a family business and Neil’s son, Robert Jordan, joined in 1982 after practising the family trade in one of London’s largest law firms. 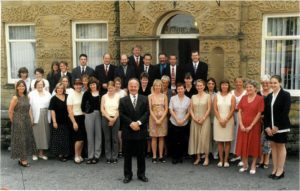 Since 1996 Jordans have had an office in Wakefield, with the current Wakefield office being based in the Unity Hall opposite the Theatre Royal. The 1990’s also saw Jordans open an office in Castleford. In 2011 an office was opened in Horsforth providing full legal solicitor services in the North Leeds area. 2018 saw Jordans open a new office in the historic Market town of Selby and was the first office located outside of West Yorkshire.

March 2019 saw Jordans move from their Dewsbury office in Neil Jordan House on Wellington Road, to just 400 yards down the road to 7A Wellington Road East, located next door to another firm of Dewsbury professionals, Walter Dawson & Sons Accountants.

It has been a busy year for Jordans, with the recent incorporation to Jordan’s solicitors (Yorkshire) limited.

“I have been with the company for nearly 20 years and in 2018 it was my honour to accept the role of Managing Partner. I did so aware that I would be a custodian of the long legacy and reputation of Jordans Solicitors.”

“When I joined Jordans in 2000 I was struck by the firm’s exceptionally strong ties within the West Yorkshire business and wider community it served. From the local people who worked for the firm, to its local businesses clients; its involvement in the Yorkshire community on many levels was and remains the bedrock of Jordan’s we are very proud to say.”

“Recent offices moves have seen us renew our commitment to our traditional heartland in Dewsbury whilst expanding our teams in the iconic Unity Hall building in Wakefield so it seems fitting, especially with the firms association with the Hepworth since it’s opening in 2011 that we would have our 70th anniversary celebration here in the amazing Hepworth Gallery which embodies many of the great artistic achievements of Yorkshire.”

Jordans Solicitors are a Corporate Supporter of The Hepworth Wakefield and sponsor the Explore & Draw stations located around the gallery. These stations are full of objects to help families discover something new about the exhibitions on show. 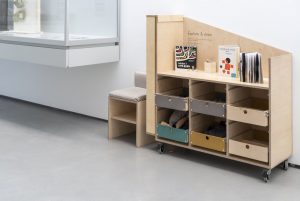 One of the Explore & Draw stations at the Hepworth

Jordans has gone from strength to strength, it was the first legal practice in the Kirklees area to be awarded the Law Society’s prestigious Lexcel Quality Mark. This practice management standard is only awarded to solicitors who meet the highest management and customer care standards. 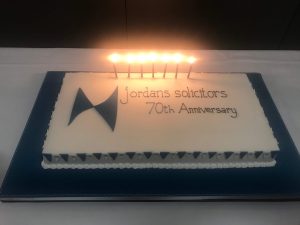 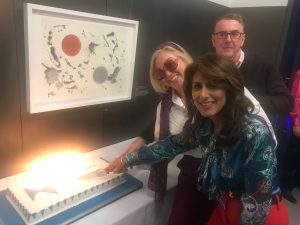 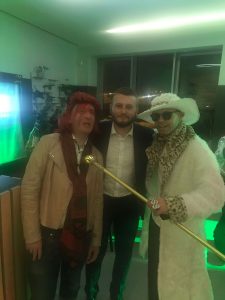 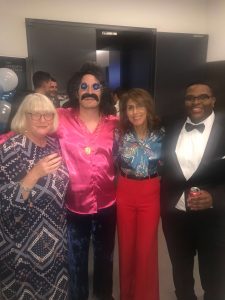 Guests came dressed for the occasion

COVID-19 And Help For Your Business